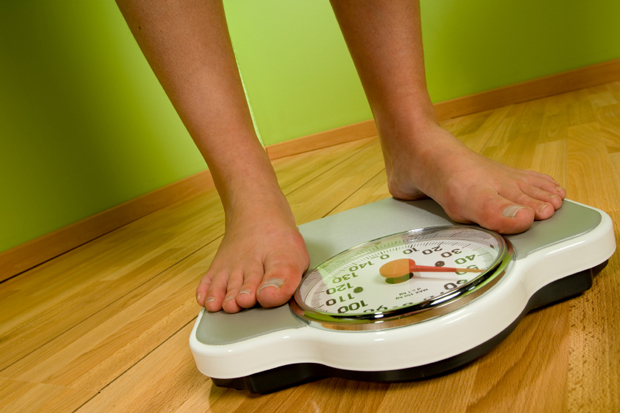 Unlike the latest fad diet or extreme fitness regime, the microresolution approach to improving health and losing weight is personal, not for the masses. After closely examining your fitness and eating routines, you zero in on a personal behavioral change at the margin and work it until it takes hold forever. A crash diet may result in a weight loss of ten pounds, but if it doesn’t reform your eating patterns forever, you’ll gain that ten pounds back (and maybe then some). If weight loss is your goal, there are dozens of changes you can make to your eating habits that you’ll hardly feel but will result in a weight loss you that can maintain forever. One such microresolution helped Robert drop weight and enjoy the family dinner with greater appetite.

Robert generally didn’t snack in the afternoon at work and looked forward to the evening meal he shared with his family each evening. Robert’s habit on arriving home was to get a cold beer from the refrigerator along with some salty pretzels to eat with it. The beer was filling in itself, and the addition of a couple of handfuls of pretzels often meant that by the time Robert sat down to dinner he had already consumed several hundred calories. Yet even without true appetite, Robert still ate a full meal with his family and often left the table feeling overfull. The heavy digestive load often left Robert feeling so tired that he began craving something sweet immediately after dinner.

In his quest to lose some weight, Robert reconsidered his before dinner snack habit. Robert didn’t want to give up his beer ritual—it relaxed him after a long day of work—so he focused instead on reducing the impact that the salty snack had on his waistline and appetite for dinner. Robert’s beer was typically 160 calories and the pretzels around 200. Robert made a micro resolution to limit my pre-dinner snack to 50 calories. Robert made a list of salty treats he could eat for 50 calories: five small pretzels, five chips, six olives, three medium pickles. The pretzels and chips, Robert quickly found, left him wanting more, but the pickle kept him off the addictive carbs while delivering a salty wallop. Missing the crunch of the pretzels, Robert began eating celery sticks along with his pickles and beer. In reforming a single snack habit, Robert better aligned his appetite to dinner, enjoyed the family meal more fully, and saved himself 150 calories a day, enough to lose 7.5 pounds in one year and fifteen pounds over three years, according to the latest weight-loss models. And since Robert no longer felt over-stuffed after dinner, his energy level was higher and he craved nighttime sweets less often.

Robert didn’t resolve never to eat pretzels with beer again, he only resolved not to eat more than 50 calories of snack food with his weekday beer. To be effective, a microresolution must be limited––making unrealistic personal commitments only leads to failure and desperation. But by breaking the “pretzels go with beer” weekday habit, it’s likely that even on those non-weekday beer drinking occasions, Robert’s taste for pretzels will have lessened, because the habit of drinking beer with pretzels has been disrupted.

In addition to teaching you the seven rules of microresolutions that guarantee success, Small Move, Big Change has chapters on Sleep, Fitness, Diet & Nutrition that are full of examples demonstrating the power of the microresolution in achieving personal goals. You can pick up the book online or in your local bookstore, or   get started with your first microresolution now, by signing up for the free course below.